The history of Bible Baptist Church goes back to 1814 when a small group of believers met together to form the First Congregational Church and Society of North Madison. They worshiped in a log house in Madison until 1819, then moved to the Town Hall on Middle Ridge Road for several years until the first church building was built in 1834.

This building, known as “The Bell Meeting House,” was destroyed by fire in 1889 and rebuilt on the same site in 1891. The original bell and the pulpit are still in our possession today. The bell is mounted with our signboard out front and the pulpit is on display in our lobby. The building was closed in 1925 due to small attendance and lack of funds, and fell into disrepair. It was reopened in 1934 and reorganized as the North Madison Community Church.

In December 1953 it was reorganized again and incorporated as the Bible Baptist Church. The church property at the corner of US Route 20 and Hubbard Road (Where Walgreen’s now stands) was sold and vacated in August 1965. Our present place of worship was occupied in December with the first service held on December 9, 1965. It was formally dedicated April 30, 1967. The parsonage was built and occupied in 1968, and the present sanctuary and addition was dedicated August 13, 1977. 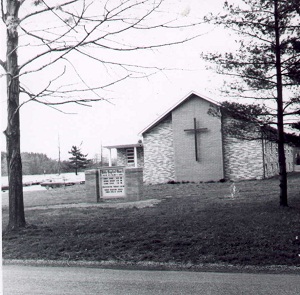 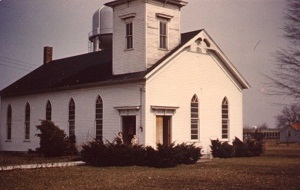